One Of The Most Prominent And Prestigious Facilities On The Field
–
Reynolds Jet To Provide Support Services To Managed Aircraft And Charter Customers Further Enhancing Boutique Customer Service
–
Strategic Partnership With Landmark Aviation Creates Greater Fuel Discounts For Aircraft Under Management
–
Reynolds Jet Operates Seven Aircraft Out Of Its Lunken Base, Making It The Airport’s Largest Operator Of Lunken-Based Aircraft
–
Agreement To Create More Employment At Lunken Airport 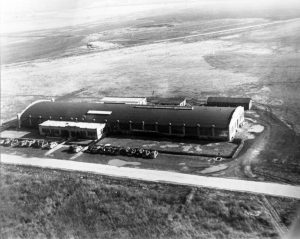 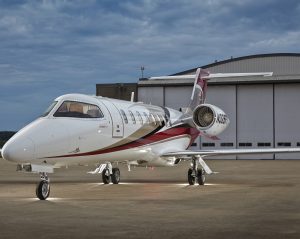 Cincinnati, July 24, 2015 – Reynolds Jet, a leading aircraft management and on demand jet charter company, announced today that an agreement has been signed with Landmark Aviation for the exclusive lease of Hangar 4, and its associated ramp area and car parking facility, on Lunken Airport, Cincinnati, OH.
The leasing of Hangar 4 is the next logical step for Reynolds Jet to further enrich its aircraft services offerings to their aircraft owner customers and on-demand jet charter clients. The company will provide these customers with additional range of ground services that include direct handling and moving of managed aircraft, and hangaring and fueling, and will now be uniquely positioned to capitalize on growth opportunities in the Cincinnati region.
Reynolds Jet is now the largest operator of on-demand charter aircraft that call Lunken Airport home. The lease of Hangar 4 will allow Reynolds Jet to provide the charter customer with the same boutique customer service experienced by the aircraft owner.
As a respected and long-standing leader in aircraft management and jet charter services on Lunken Field, Reynolds Jet has secured a long-term lease for the space. Reynolds Jet will take up occupancy in July 2015, and proceed to refurbish the facilities in the company style of authentic and elegant surroundings of the highest quality, while preserving with the heritage of the facilities. The facility agreement highlights include:

The extended services that Reynolds Jet now offers to its managed aircraft owners are controlled hangar space, co-habited by fellow Reynolds Jet-managed aircraft only, fueling direct from onsite fuel farm to the aircraft, aircraft cleaning services and permanent onsite third-party maintenance service to perform routine servicing and major inspections and repairs to the private aircraft under Reynolds Jet’s management. Reynolds Jet will acquire their own ground handling equipment and hire additional personnel on the ground to meet incoming flights, take care of the luggage from aircraft to car, handle and position, fuel and service the aircraft and prepare the cabin for outgoing flights with that “home-away-from-home” feeling their customers have come to expect.
The establishment of this new home will provide Reynolds Jet with a true corporate presence on the field. Both aircraft owners and on demand private jet charter customers will benefit from both a reduction in cost, and an improvement in their experience. While away, customers will be able to keep their automobiles secure in locked garage parking facilities adjoining the hangar and find it, upon their return, cleaned and washed. Our owners will have better access to their aircraft, and enjoy a true “one-step-out-of-the-car and one-step-onto-the-aircraft” luxury experience.
Allan Mann, Vice President, Operations for Reynolds Jet said, “This agreement is a historic milestone and a testimony to our loyal customers, based in the Greater Cincinnati Area and surrounding regions. Acquiring this hangar xanax facility will take our company and our excellent boutique customer service to the next level. This strategic expansion in service offerings and operations supports our vision to be the best customer service company in business aircraft management and charter.” Mann continued, “Our direct ability to hangar, fuel and have third party maintenance conducted on Lunken Field will enable us to provide world class flight support services to our customers, who appreciate the highest level of service, performance and value. We are now in complete control of the customer’s experience, and we wouldn’t have it any other way”.
Hangar 4 is one of the most prestigious facilities at Lunken Airport and has an exciting legacy. In 1928 Aeronca Aircraft Corporation was formed to build light aircraft, and became one of the first successful general aviation aircraft producers in the US, starting with the C-2“flying bathtub”. Several other models followed, and it was during World War II that they produced the Defender – a tandem trainer used to train pilots. Aeronca continued to manufacture aircraft in Hangar 4 until 1940, with over 500 C-2 and C-3 aircraft built during this time. Procter & Gamble Co. acquired the Aeronca Hangar 4 in 1950 as home to their fleet of DC-3 aircraft. During their 54-year tenure since, the historic building had been enlarged and modernized by the company several times to accommodate their continually updated aircraft and flight department. Procter & Gamble Co. vacated Hangar 4 in 2006. In July 2015, Reynolds Jet agreed to lease Hangar 4, with the option to occupy the facilities until July 2037.
Mann concluded, “Our dedication to perfecting an irresistible boutique service where our aircraft travelers experience extraordinary care and peace of mind is at the heart of everything we do. Our commitment to this facility and extension of our business allows us to further enhance our exceptional and memorable service offering, increase our operations and better serve the Cincinnati community.”
About Reynolds Jet:
Since 2008, Reynolds Jet has established itself as one of the leading private jet charter and aircraft management companies by consistently providing exceptional boutique services and unparalleled quality to its customers. Large operator expertise, systems and knowledge fused with small operator agility, focus and attention to detail are among the key drivers for Reynolds Jet to consistently outperform any other in the business. The company’s operations are classified with the ARGUS International Platinum Rating – recognized as the ultimate validation of operational excellence and flight safety best practices – and the IS-BAO stage II ranking, a set of performance-based and process-orientated standards recognized throughout the world.
Reynolds Jet headquarters are based at Lunken Airport, Cincinnati, OH and has offices in Austin, TX. It is the largest operator of Lunken Airport-based aircraft, and the Reynolds Jet managed fleet available for private jet charter currently stands at five aircraft, across the large, midsize and light jet categories. News and information are available at www.ReynoldsJet.com.
About Cincinnati Municipal Lunken Airport:
When the 1,000-acre airfield opened in 1925 it was the largest municipal airfield in the world, and by 1930, due to the size of its concrete runways, Lunken was the largest commercial airport in the United States. Today, Lunken Airport serves the greater Cincinnati metropolitan area, serving private aircraft and the fleets of local corporations. Its proximity to downtown Cincinnati makes Lunken an attractive and convenient gateway for business and leisure travelers.
Information:
Tim Stanley
Reynolds Jet
+1 512.640.5055
Tim@ReynoldsJet.com

B Corps meet the highest standards of verified social and environmental performance, public transparency, and…

The beginning of March has been a busy time at Reynolds Jet Management, with the…